Breast reconstruction aims to correct the sequelae caused by breast cancer surgery (mastectomy) and coadjutant treatments (radiotherapy), by reconstructing woman’s breast, and giving the appearance of the original one. In addition to the lost breast, the nipple and the areola are also reconstructed. In this way, the patient will recover not only an important part of her anatomy but also identity as a woman.

Daily gestures such as hugging, dressing, or looking in a mirror can be negatively affected. This is why we understand breast reconstruction as a process for the patient to recover her self-esteem, improve her quality of life, and feel “complete” again.

There are different methods:

The method with tissue expanders consists of placing a device with a valve under the skin, where saline is introduced once a week for several weeks, until filling the expander. Therefore, the skin of the breast progressively achieves the desired volume. At this time, it will be replaced by a definitive prosthesis.

In both techniques it is necessary to have a team of well-trained microsurgeons. Surgery involves the transplant of a tissue from one area of ​​the body to another, requiring the ‘splice’ or anastomosis of a small-sized artery and vein, which is performed with the help of a microscope.

The procedure is performed under general anesthesia, the scars are hidden in discrete areas, and the patient will be discharged between 1 and 6 days after the surgery, depending on the technique used.

Who is a good candidate for breast reconstruction?

Most women who have undergone a mastectomy can have a breast reconstruction. The patient should consult her surgeon about the specific case, and the plastic surgeon will inform about the available options.

Can the removal and the reconstruction of the breast be performed during the same surgery?

Yes, this is an option that the patient should consult with her doctor.

The reconstruction of the breast can be carried out at the same time as the mastectomy. In fact, it is the best option. In these cases, the technique is called immediate reconstruction.

However, in some cases, either by request of the patient or by a medical decision, the reconstruction may be performed in another surgery, sometimes after the removal of the breast. This modality is known as deferred reconstruction.

In both cases, the reconstruction is carried out by a plastic surgeon.

Which complications can occur during the intervention?

In breast reconstruction, some complications can occur, as in any surgery: bruises, seromas, asymmetries, fat necrosis, etc.

If implants are used in the reconstruction, there is the possibility that they will get infected. The most common problem related to implants is capsular contracture, especially when the patient receives radiotherapy.

What are the advantages of reconstruction with autologous tissue?

When can I reconstruct my nipple and areola?

As general rule, any modification will be made when the tissue of the reconstructed breast has stabilized; thus, the time depends on the evolution and recovery of the patient.

Has the new breast sensitivity?

In some patients, the nerves regenerate spontaneously. Therefore, they recover the sensitivity.

When possible, the intercostal nerve can be connected to a sensitive nerve of the abdomen for increasing the sensitivity after the intervention (in case of DIEAP technique).

There are many situations in which a plastic surgeon faces complicated facial defects, especially in case of large tumor resections, traumas, and congenital malformations.

The reconstructive surgery presents a double objective: On the one hand, returning the functionality, and on the other hand, restoring the normal morphology of the face. The first one has great impact on the daily life of the patient, whereas the second one has emotional impact.

There are different situations we can find, including:

The first step is to define if the paralysis is reversible or irreversible. If it is reversible, the patient will be derived, for management, to rehabilitation specialists, and will be evaluated annually to assess the recovery. If it is irreversible, complete or incomplete paralysis is determined by clinical and electromyography techniques, and then the surgical treatment will be conducted according to the case:

Finally, the specialized rehabilitation is an essential part of an appropriate treatment. This consists in facial mimic exercises with biofeedback, i.e. a set of exercises initially indicated and taught by specialists, and subsequently practiced by the patient in front of the mirror during an extended period of time.

RECONSTRUCTION OF A LOWER LIMB

There are many situations in which the performance of a repairing plastic surgeon is required for solving problems in a limb. These include traumas, infections, systemic diseases (such as atherosclerosis or diabetes mellitus) or tumor resections that may expose important anatomical structures such as blood vessels, nerves, tendons or bone.

In the most severe situations, the extremities could be amputated. For this reason, it is important applying the knowledge and adequate techniques that allow the conservation and functionality of the affected limb.

There are different techniques for using:

The current level of anatomical and physiological knowledge allows us designing flaps able to avoid the sacrifice or reduction in functionality of the donor area and planning detailed surgeries, which mean high success rates.

Scar reconstruction surgery aims to minimize a scar, making it imperceptible and unified in tone and texture with the surrounding skin.

Hypertrophic scar and keloids are pathologies or skin disorders that occur after surgery, burn, inflammation or any type of skin trauma.

Both old and new scars can be treated with scar reconstruction surgery.

There are two types of available treatments:

One or another treatment will be chosen depending on the time of evolution, the origin of the scar, the characteristics of your skin, etc. It will require several months to achieve the final result.

Can my acne scars be treated?

This type of scars is difficult to treat, although it is possible to fill in and improve them by lipotransfer and / or dermabrasion.

The patient should consult the surgeon about the most appropriate procedure for you.

Can my burn scars be treated?

Yes, the scars caused by burns can be reconstructed. The procedure for this type of scars can involve skin grafts, dermabrasion, the use of expanders, etc.

The patient should consult the surgeon about the most appropriate procedure for you.

Can all scars be removed?

Not all scars can be eliminated, but the vast majority can. In any case, with the appropriate surgical technique, a good execution and subsequent care, the scar will improve to the point of being attenuated and remaining the color of the surrounding skin. The patient should consult the surgeon about the techniques to be used in each case.

Are there treatments other than surgery to reduce a scar?

Yes, there are certain scars that can be improved by non-surgical treatment such as pressure therapy, which involves applying pressure on the scar to reduce the activity of the scar by improving its appearance, or topical gels, injectable treatments such as filling, laser or dermabrasion.

What is the difference between a hypertrophic and a keloid scar?

The hypertrophic scar is a fibrous lesion, erythematous, lifted, and itchy developed inside the borders of a wound, usually in a tension area. The keloid scar is a lesion with tumor appearance, red-pink or purple color, sometimes hyper-pigmented, that develops over the borders of the scar

What complications can occur during the intervention?

As a surgical procedure, there are intrinsic risks associated with anesthesia, and also those related to the technique and the pathology. The patient, before undergoing the intervention, should consult the surgeon about the risks inherent to the case.

Sex reassignment surgery responds to a need that has recently increased, thanks to normalization and social awareness. It aims to reconcile the biological sex of the patient with the one that feels like own, achieving thanks to the surgical intervention and the support of the pharmacological treatment.

The joint assessment of the doctor with the patient is of great importance because these are complex and multidisciplinary processes that require the most qualified medical personnel. In addition to the plastic surgeon, different health professionals from other areas also participate.

The process of sex reassignment surgery (or gender confirmation surgery) can be: transmasculine or transfeminine.

It is performed in people who were born with a male biological sex but have a female sexual identity.

The surgical process carried out to achieve this is called vaginoplasty or feminizing genioplasty and can be done by two different techniques.

The technique of penile inversion is a process by which the skin of the penis and scrotum are used to replicate a vagina, and part of the glans is used to form the clitoris. It allows replicating a vagina with an adequate depth to maintain full sexual relations.

Vaginoplasty with colon is another technique, in which part of the colon is used to build the vagina.

Transfeminine cosmetic surgeries are usually performed to complete the process, in the body (liposculpture, mammoplasty, etc.) and in the facial area (softening of facial features through surgeries such as mentoplasty, rhinoplasty, etc.).

This intervention is performed on patients who were born with a female biological sex but have a male sexual identity.

Metaidoioplasty and phalloplasty are two surgical techniques for male sexual reassignment aimed at creating external genitalia according to their gender.

Metaidoplasty is a surgical intervention through which the construction of the penis is carried out from the clitoris, which has been hypertrophied by means of hormonal treatment. A small penis with partial functionality is achieved, since sexual penetration cannot be carried out with it.

Through the technique of phalloplasty or free flap technique, a penis of anatomical dimensions can be obtained. To achieve this, tissue from other parts of the body is required, usually skin and forearm fat are obtained (radial flap), and less frequently from other areas, such as the abdomen or thigh. In this case a tactile and erogenous sensibility is achieved, being able to achieve the erection with the help of an implantable prosthesis, thus allowing the sexual penetration.

What requirements must I know to undergo a sexual reassignment surgery?

In the two options presented by this surgery, either male to female or female to male, the patient must:

After a gender reassignment from woman to man, can I have erections and practice functional sexual relationships?

If a metadoplasty is performed, the patient will not be able to have functional sexual relations.

On the other hand, by means of phalloplasty, erogenous and tactile sensitivity is acquired. You can have an erection and you can have sex with penetration with the help of a prosthesis.

Is it possible that the penis can ejaculate after intercourse?

What risks does this surgery imply? 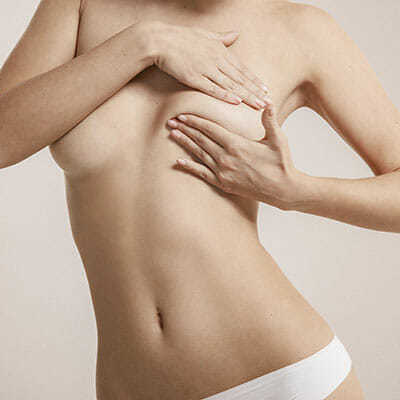